360º Photos capture panoramic views that allow the viewer to look in any direction.

360º Videos recordings record a view in every direction at the same time. During playback, the viewer controls the viewing direction. 360-degree videos are viewable on laptops, computers, tablets and smartphones with video players that support 360-degree videos. Special equipment, such as VR goggles, is not needed for viewing 360 experiences.More info.

3D VR requires VR goggles to experience 3D full VR immersion.
Check out Sharkk VR goggles at the One-Stop Library Services and use them with your smartphone. Or use cardboard VR googles or VR glasses, such as Homido VR Mini Glasses for Smartphones, also available for check out at the One-Stop desk. More info.

For 360 degree videos no special equipment is needed, but your video player needs to support 360-degree videos.

How to Find 3D VR Videos

For viewing 3D VR videos, clip on the Homido glasses or put your smartphone in the VR goggles for an immersive experience. 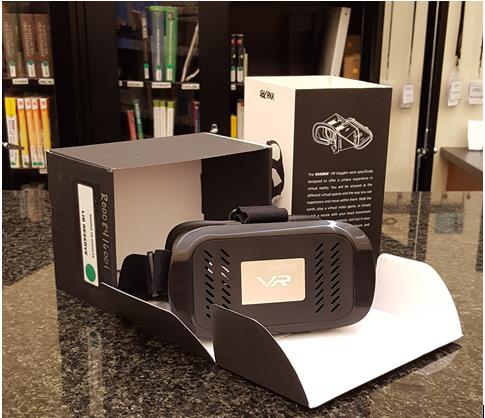 To experience VR with your smartphone, the library has six 3D Virtual Reality Goggles by SHARKK available for 4-day check out.

With the VR Goggles your device goes from smartphone to 3D device in a matter of seconds. Students may check them out at the One-Stop Library Services Desk for academic or personal use. opens new windowCheck availability. 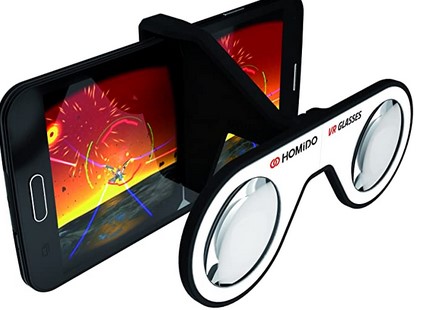 Or, check out the very portable and easy-to-use Homido VR Mini Glasses, also available for check out at the One-Stop desk. Check availability.