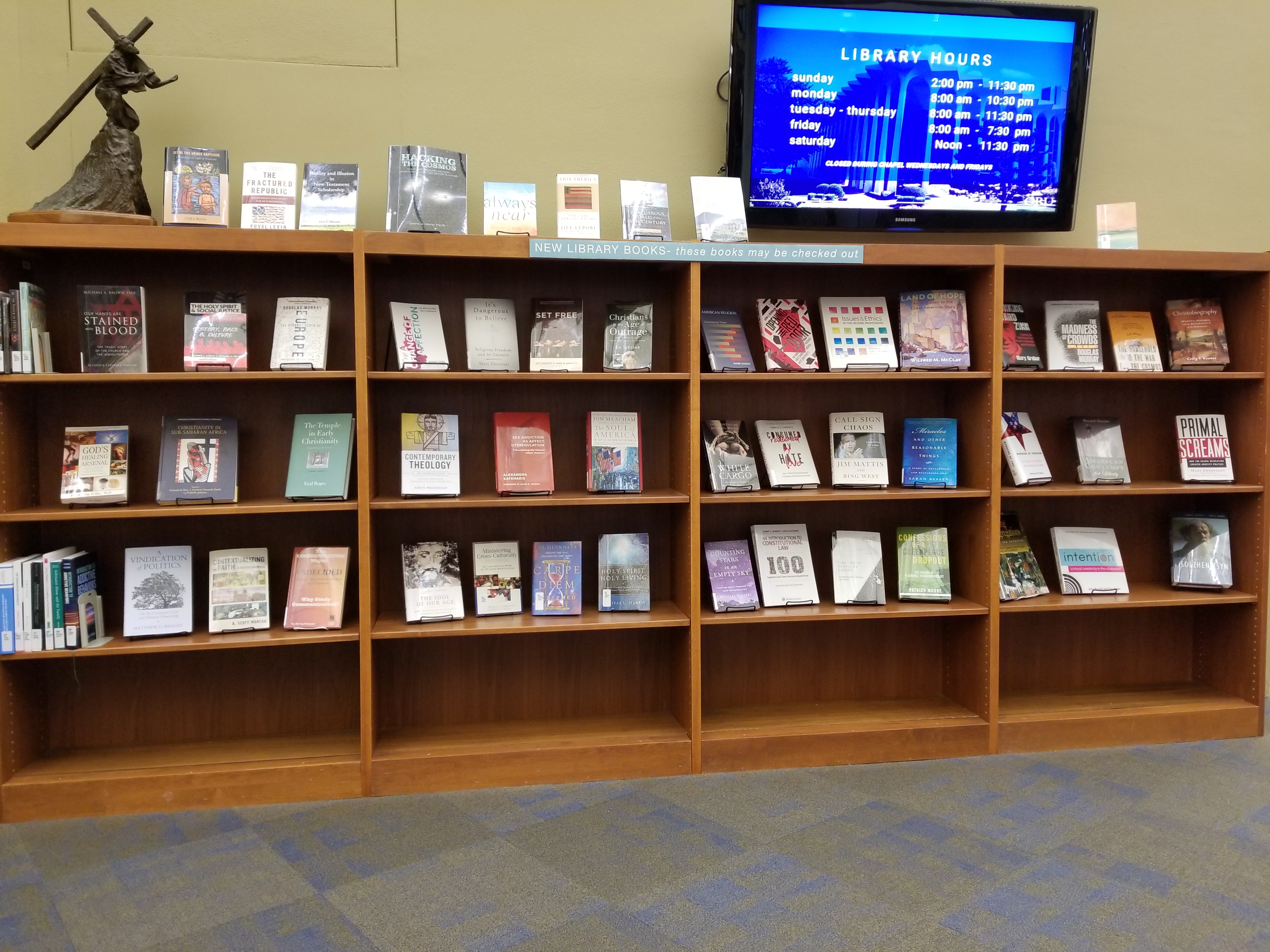 Come check out the New Titles Available in the Library. Our new books display area is located on the 4th floor of the LRC next to the west elevator.
Below you can see some of the featured titles among new books, and you can find more in the opens new windowcatalog.