An archive of stories about John Chau.

A Tribute to John Allen Chau 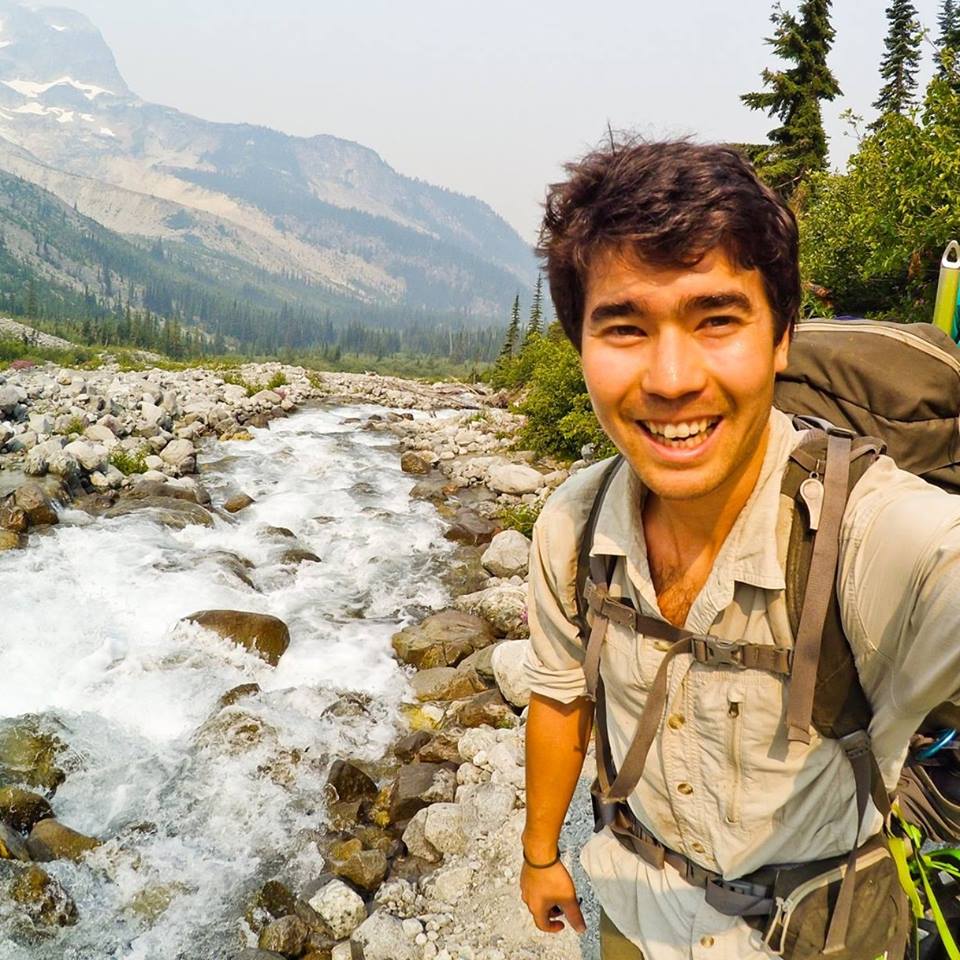 John Allen Chau was a 2014 graduate of Oral Roberts University who was slain by members of the Sentinelese people, a remote tribe on India’s Andaman and Nicobar Islands. Chau believed God spoke to him to take God's light and gospel to one of the most isolated and hostile unreached people groups in the world. He knew that his work could result in his death but he was compelled by the love of Christ to try. Chau's story received global attention as news outlets around the world reported and commented on Chau's death as a result of his efforts to reach these people.

President William M. Wilson commented, "Oral Roberts University alumni have gone to the uttermost bounds of the earth for the last 50 years bringing hope and healing to millions. We are not surprised that John would try to reach out to these isolated people in order to share God's love. We are deeply saddened to hear of his death."

Hear a special tribute to John Chau by ORU president William M. Wilson in this November 28, 2018 chapel service beginning at the 28:35mark in the video.

Read more on the ORU press release about John Chau. 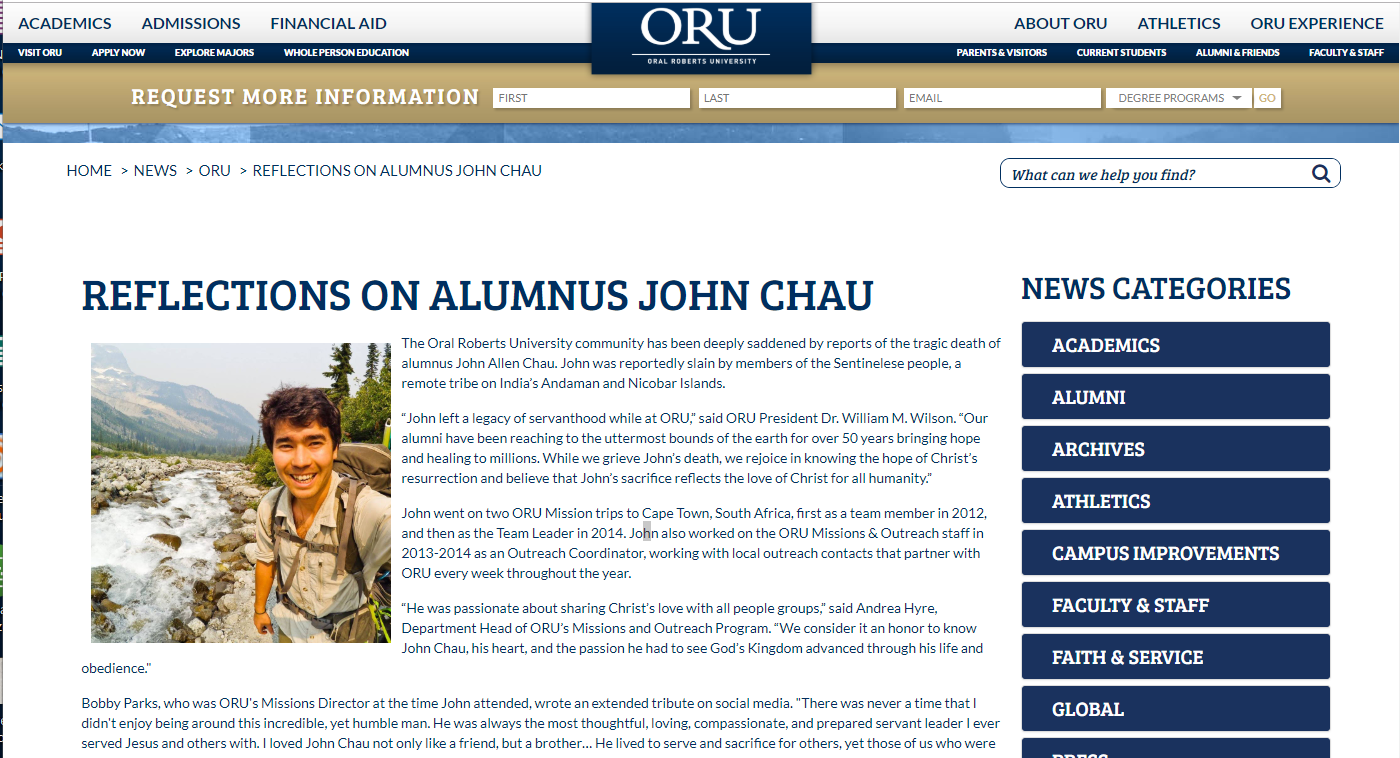 A Page from Chau's Diary

A transcript of his final letter: 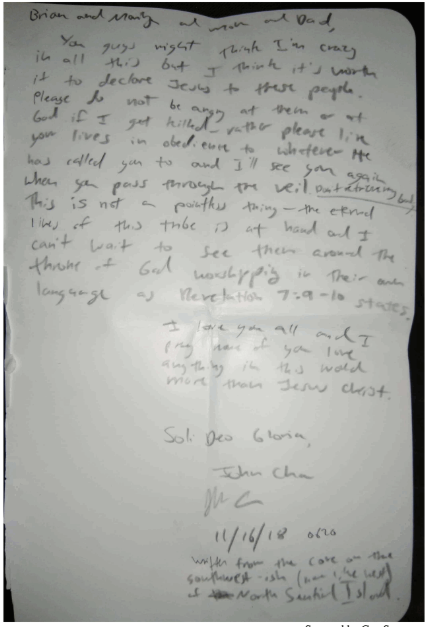 "Brian and Mary, Mom and Dad,

You guys might think I'm crazy in all this but I think it's worth it to declare Jesus to these people. Please do not be angry at them or at God if I get killed, rather please live your lives as obedience to whatever He has called you to and I'll see you again when you pass through the veil. This is not a pointless thing, the eternal lives of this tribe is at hand and I cant wait to see them around the throne of God worshipping in their language as Revelation 7:9-10 states.

I love you all and I pray none of you love anything in this world more than Jesus Christ.

Written from the cove on the southwest-ish (illegible) of North Sentinel Island."

Perspectives on Chau and Missions