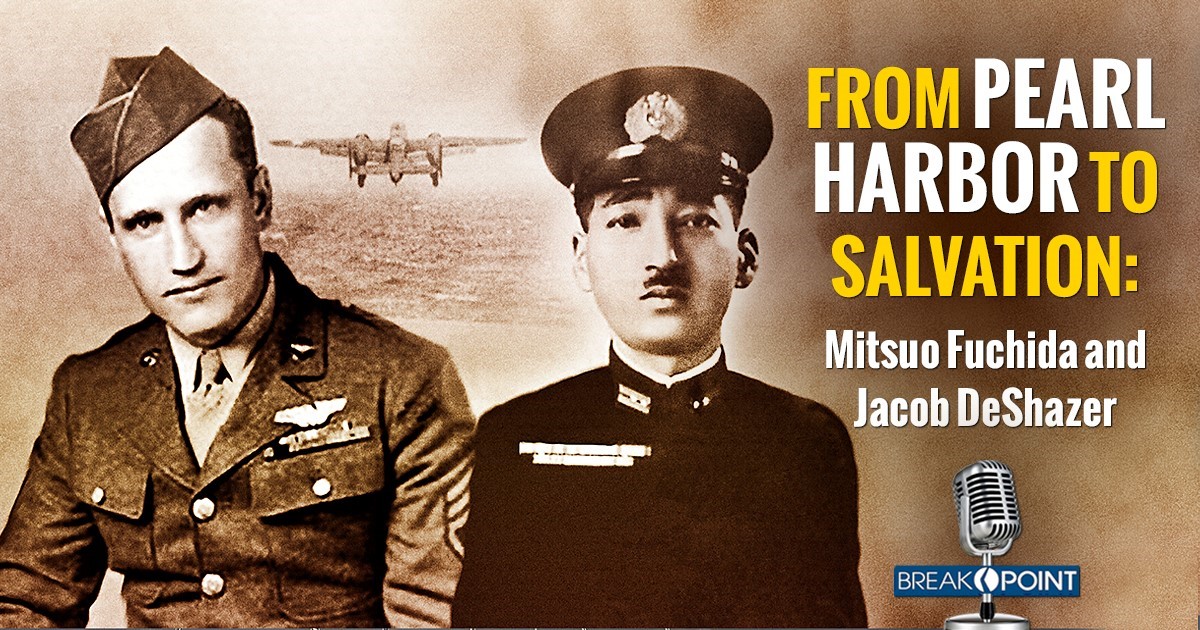 BreakPoint: From Pearl Harbor to Salvation: Mitsuo Fuchida and Jacob DeShazer by John Stonestreet & Anne Morse
Today, we remember that “day of infamy” that launched the United States into a world war. But it also launched two young airmen on a path to forgiveness and salvation.

Seventy-seven years ago today, the Japanese launched a surprise attack on a U.S. naval base in Hawaii called Pearl Harbor. The next day, President Roosevelt addressed Congress and a shocked nation:

Yesterday, December 7, 1941, a date which will live in infamy. The United States of America was suddenly and deliberately attacked by naval and air forces of the empire of Japan.